Meet the characters of the Reggie comic!

Reggie’s a little kid penguin with a big personality. He’s impulsive and energetic, and likes doing things his way. Reggie’s favorite things are: recess, his sock bunny Bubba, and cheddar fishy crackers. Even though he’s little, Reggie is definitely not a baby — and if he hears the “b-word,” he’ll throw a feather-flying fit! 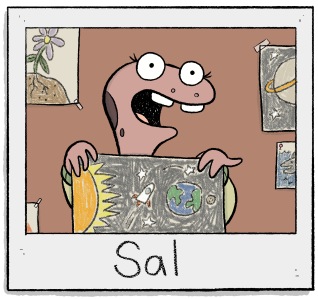 One of Reggie’s closest friends, precocious Sal is a natural born leader. She often takes charge at play time — which Reggie doesn’t seem to mind. Sal loves learning new facts, and is particularly fascinated by the topics of space and insects.

Cyril is Reggie’s best friend. Unlike Reggie, Cyril is quiet, timid, and subdued. He’s a people pleaser and always seems to be wearing his blue winter coat. That’s because Cyril’s mom once instructed him to keep his jacket on at school, and he’s obediently done so ever since. 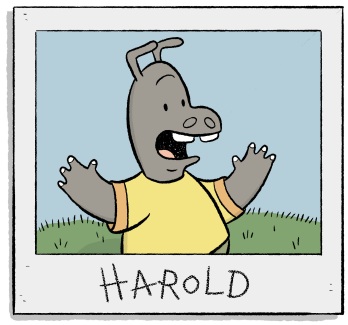 The new kid in class, Harold is joyful, sweet, and unintentionally goofy. He marches to his own beat, which his friends and teachers find endearing (and sometimes annoying). Harold is kind-hearted and only sees the good in others – including Reggie.

Mr. Oso, affectionately known as “Mr. O.,” is Reggie’s teacher. He is friendly and nurturing, but often is caught off-guard by his young students’ antics. Mr. Oso has an impressive collection of themed sweaters, with a sweater for every occasion (or read aloud). 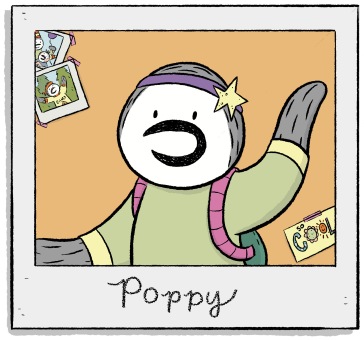 Reggie’s cousin Poppy is a bubbly, confident tween. She frequently visits and acts as Reggie’s babysitter. Reggie enjoys playing with Poppy, but when she tries asserting her authority, Reggie stubbornly resists.